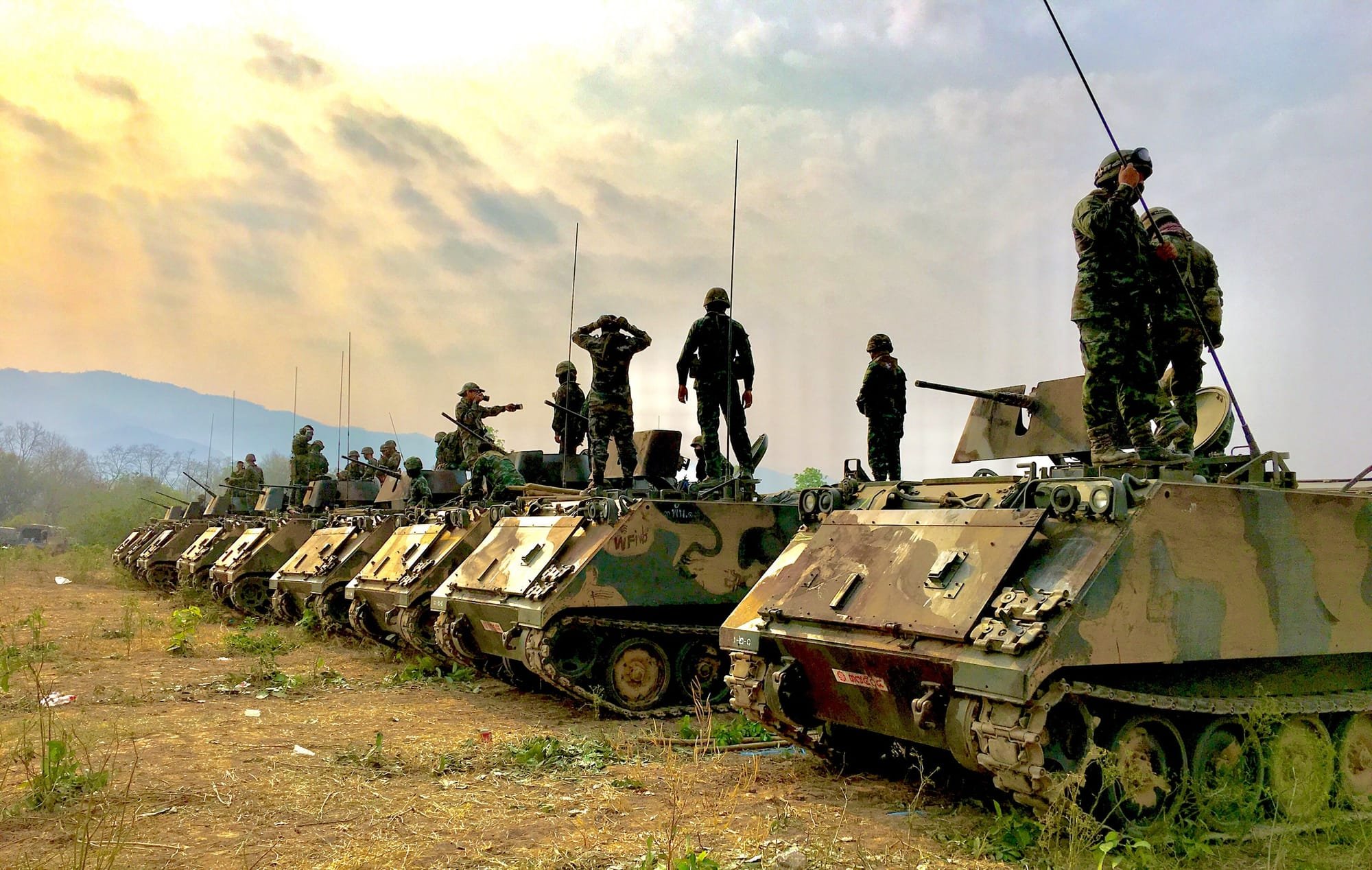 PTSD is a psychological disorder. We are humans and we are interconnected.  That's why we are termed social animals. Activity of one person affects the other.  PTSD is a mental health condition and it affects daily activities, behaviours, social interactions and familial relations. PTSD was mainly recognized after the Second World War but with a different name. In 1980, it was mainly recognized by American Psychiatric Association (APA).

PTSD is an emotional disturbance that leads to nightmares, flashbacks, emotional restlessness and at extreme the suicidal thoughts. It is mainly triggered in the person with disturbing past like sexual assault, child abuse or exposure to combat etc. PTSD symptoms can be triggered at any time after the stressful exposure, maybe after a day, two or years later.

There are numerous and unlistable symptoms related to PTSD. Maybe you have all the symptoms but are not a PTSD patient and maybe a single symptom presence confirmed the positive PTSD status. The symptoms may vary from one person to another.

General and most common symptoms of PTSD includes:

Flashbacks of the terrifying events like sexual assault or combact exporure.

Avoiding the persons, places, things and events which reminds you of the stressed events.

Negative feelings and thoughts about oneself.

Difficult to remember events and other problems with memory.

Difficulty in sleeping due to nightmares or flashbacks.

Can be frightened of any minimal stressful conditions.

Doctors and psychiatrists are still unable to diagnose the exact cause of PTSD but experience of traumatic events, genes inheritance and the way your brain responds to stress conditions are likely to influence the prevalence of PTSD. Like symptoms, there are many reasons which can trigger PTSD.In broad term perspective, any stressful condition that can cause emotional breakdown can cause this condition. It includes the following:

Here, we come to a major topic. All the above discussion is to help you to understand the basics of PTSD. PTSD is more prevalent in army personnels. Why? Well! It's a mystery but it is thought that as these soldiers experience combat and watch enemies (humans) being killed, soldiers being killed, friends being killed triggered PTSD in them.

PTSD mainly depends upon one's role in the war. For a frontline soldier, he has to kill his enemies to protect himself and to secure the land. This has a devastating effect on their mental and emotional health. Seeing people dying, seeing friends dying and unable to help them can trigger emotional breakdown leading to PTSD.

The politics being played during the war or operation also influence PTSD. Sometimes. Soldiers kill some people thinking them as enemies but later on they come to know that they were innocent and in order to have some benefits , those were ordered to kill by higher authorities. What will be the outcome then? Disaster.

The place where the war or operation is being held also influences PTSD. Moreover, who is your enemy? Consider that an army veteran is on a mission and he fires and it hits an innocent woman working nearby or who was taken hostage. Or your enemy is a young boy of fifteen. If you kill him, will it not affect the emotions? Yes, it will and it leads to mental disorders like depression or PTSD.

There are numerous or literally hundreds of reasons why these guys get PTSD. They have to tackle the most stresful conditions like terrorism attack, natural climity, Militart Sexual Traumu (MST), assasinations etc.

If we take an example of pilots, the drone pilots especially who sees the people dying during the drone attack with their cameras have more prevalence of PTSD than the common jet fighters. Estimately, 4-17% US soldiers and 3-6% UK soldiers are suffering from PTSD. PTSD is mainly influenced by stressful conditions or emergency situations like someone is shouting at you or you hear a tire blast near you or a bomb blast which may trigger that event which causes a person to be a PTSD patient.

PTSD in US Army Veterans:

The USA has the largest army in the world. It is one of the most organized armies. It has a separate department for its soldier's health and fitness. A person is recruited in the army after passing a psychological test to determine his mental health.

The USA, a super power with the largest armies in the world, deployed its troops against different countries in order to maintain peace or for its own socio-economic benefits.  America had deployed his forces in more than 150 countries which is a huge number. Most of its forces in the Middle East like in Afghanistan, Iraq, Kuwait, Jordan, Libya, Saudi Arabia etc.

Here these troops have to fight against different enemies. In drone attacks, numerous innocent people are also killed including women and children. This has a huge effect on the mental health of the troops.

These troops had numerous combats and this causes aggression and mental disability. Moreover, some troops who had to pass through amputations also suffer from depression and stress leading to PTSD. So, in order to prevent prevalence of PTSD in the army, the government should start screening for pre-existing neural problems as PTSD is more prevalent in persons with prior psychological problems.

One of the soldiers from the Afghanistan war told in an interview that he lost his leg during the war. Moreover, he got divorce and would never meet two of  his children. This leads to PTSD as stress prevails.

Some soldiers in Iraq undergo such grim and emotionally disturbing  situations that they undergo nervous breakdown. A soldier expressed his views in a paper that he hears the voice of people whom he killed.

According to doctors and medical staff , it is mainly associated with flashbacks of events that a person faced in the past, that affects and stuck to his mind. These events disturbs his mind, his brain functions and even the thinking ability of a person.

According to a research, about 20 percent of the army men are facing PTSD. Many soldiers consider it a taboo and tend to hide their feelings and emotions from others. In this way, they are more prone to get stuck into this disease. Many people are shy of going or visiting the psychologist and feel it shameful for them to discuss their matters with the doctor. That's a reason why these cases are increasing day by day. Army soldiers are more affected. Many soldiers committed suicide after returning home.

If we quote only combat and assainations missions as the cause of PTSD, then we are in the wrong way. Emotional breakdown can be caused due to any reason like MST, away from home from a long period of time, divorces and other family matters also stimulate the PTSD. In 2008, the number of suicides in the military surpassed civilian suicides.

Another reason for this situation is the social behaviours of the family and the society. In some cases, the person is being bullied for killing innocents in the war. This may also cause the prevalence of PTSD.

PTSD is a psychological problem. In about 80% cases, it is solved with proper self care and reaching your loved ones can help you out. Only about 20% cases are severe, requiring psychiatrist and medication. Moreover, society can play a very special role to help the patient out of the emotional breakdown. Treatment includes:

Timely approach to a doctor or psychiatrist

Society should accept the person

MST should be checked in army

Women should be provided with proper and equal rights

Praise the person for his achievements

Numerous interviews of the PTSD army veterans are available on Youtube and many of them concluded that they stucked into this condition due to combat and mistreating or killing people. And these conditions stuck in their mind. Governments of the US should hire a proper psychologist for the retired army personnels.

The government should come with a proper plan to cope up with this difficulty. All the governments should devise a policy to make sure that these cases would occur at the minimum level. Every life is important. Every person has its own value. Everyone wants to live and have a right to live. A life that has all the opportunities. Every person has a family. If the head of the family is affected, the whole of the family will be affected. This will create anarchy in the society.

Poverty And Unemployment: A Vicious Cycle
Studies of Hypertension in Americans
Comments